Dr. Scott Sills (L) at home in California with his children.

A 7th-generation Tennessean, Scott completed his academic work in London, with internship, residency and fellowship training at NYU Downtown Hospital, Memorial Sloan Kettering Cancer Center, and Cornell New York Presbyterian Hospital. In 2008, the New York Board of Regents nominated Dr. Sills to join the New York State Medical Board – one of the busiest medical licensing agencies in USA.

With his American research collection banked at the U.S. National Library of Medicine, Dr. Sills’ PhD thesis is held by the British Library.

Considered the only IVF doctor in the world with both a Member of Congress (USA) and Member of Parliament (UK) as co-authors, Dr. Sills is believed to be the first consultant invited to lecture both at West Point and in Tehran, since 1979.

Results from Team Sills have now circulated far beyond the Ivy League libraries.

His IVF data were included in the NHS’ Clinical Guidelines for Fertility Assessment & Treatment (London, 2004), while Dr. Sills’ paper on identical twins was referenced in the World Health Organization’s Current Practices in ART (Geneva, 2002).

While on the Cornell faculty, Dr. Sills’ series on asylum protection for women facing compulsory sterilization (Lancet, 1998) was hailed by the Office of the U.N. High Commissioner for Refugees. His later research on embryo biopsy applications influenced reproductive policy debate in the German Bundestag (Berlin, 2002).

Previously, Dr. Sills chaired a regional initiative bridging Arab and Israeli clinics across 13 countries, the first IVF collaboration of its kind in the Middle East (2007).

Working independently of medical device makers & Big Pharma, Dr. Sills is respected as much for his fierce patient advocacy as for his robust, privately funded output of academic publication.

of changing false beliefs by facts.”

In addition to developing FertiGen, Dr Sills has contributed work across the following domains: 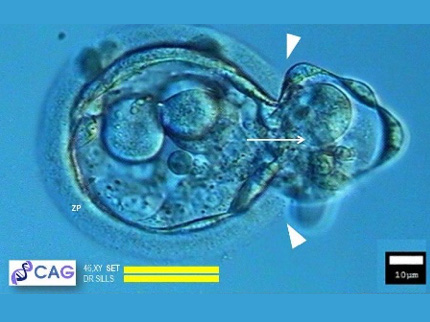